On April 19 1969, a meeting of interested people was held for the purpose of forming a Historical Society for DeKalb County. Those in attendance were Dorothy Caldwell, Associate Editor of the Missouri historical Review, published by the State historical Society, Mrs. Dayle C. Mc Donough, President of the Missouri Federation of Women's Clubs, Bessie L Whiteaker, Lora Lockhart, Ruth Lybarger and Martha Spiers.

A constitution and by-laws were written, a slate of officers was drawn up and the place and time of the organizational meeting was considered.

The following day, April 20, 1969, 34 people who were interested in the preservation of the county's history met in the Community Room of the courthouse and formed a Historical Society. Mrs Dayle McDonough presided as temporary chairman and her husband, Judge mcDonough, read the proposed by-laws and conducted the discussion after which the Society accepted the corrected form.

Native Americans were here first..Next came fur traders and trail blazers, settlers followed. Since many of DeKalb County's early settlers had come from Tennessee, Kentucky and other southern states, many were Confederate sympathizers and some owned slaves.

Then came the railroads and with the railroads population growth. Many DeKalb County young men left their homes during World War 1 and went to training camps scattered all across the U. S. and then to battle  We have many of their records in our Records Room.

The 1920's went from boom to bust. Trains were the most popular form of transportation, but automobiles began to replace horses and buggies.

A drought began in the 1930's and the Depression. Fortunes were lost and businesses and banks closed putting milllions of people out of work.

​The 1940's are remembered as the World War II years and the days of Franklin D. Roosevelt and Harry Trumans's presidencies.

A motto, which had been suggested by Harley Fisher, was chosen, "A county that forgets its past will never have a future." The purpose of the DeKalb County Historical Society is to "study, preserve and record our heritage."

By the end of 1969, 167 members from many areas of the United States had joined the Society. 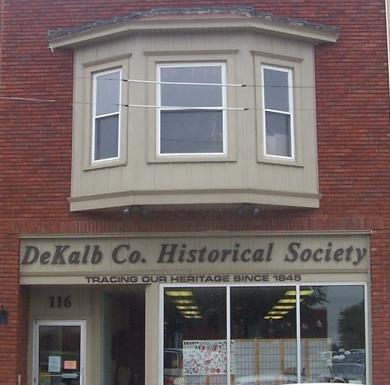 ​We are open from 9:30 am to 11:30 am and 12:30 pm to 2:30 pm Mondaythrough Friday during the summer months, April through October. November to April we are open on Wednesdays and by appointment.. 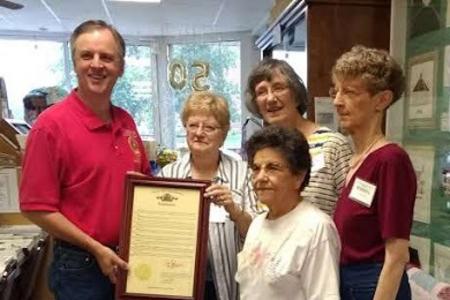 No visitors in the building except by appointment.

If possible maintain six feet between individuals while in the building. Masks may be optional.